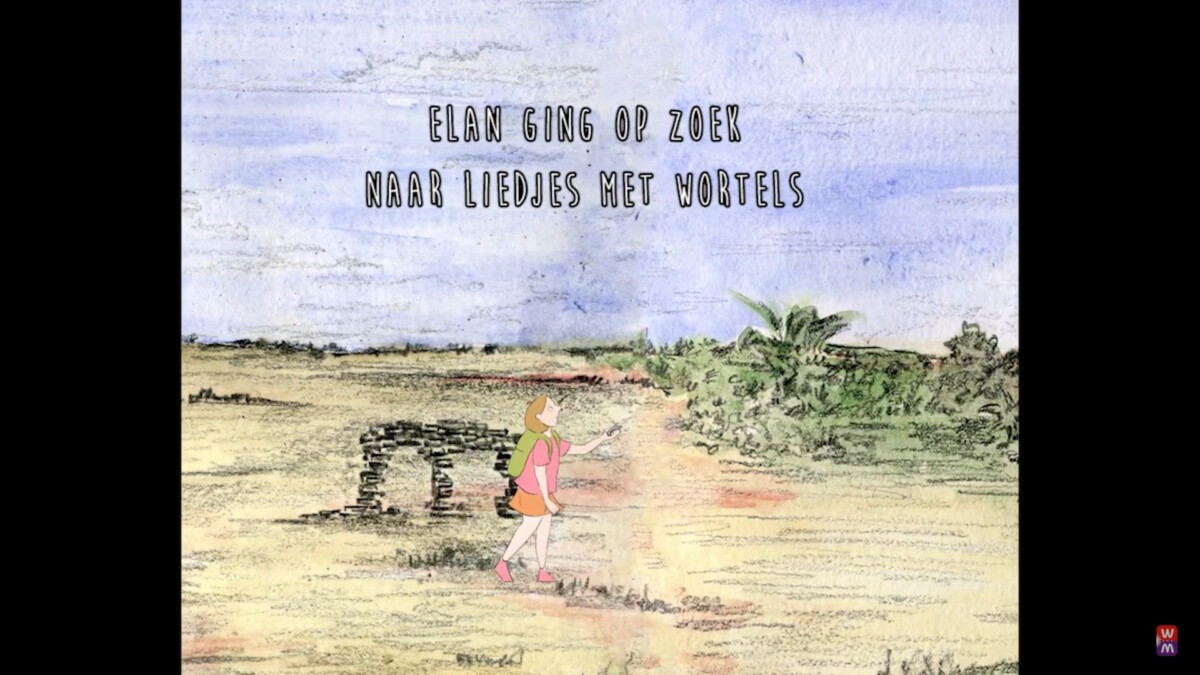 Composer and lutenist Jan Van Outryve selected songs from the colossal song archive of the American ethnomusicologist Alan Lomax. Together with singer Aline Goffin, he brings musical treasures from all over the world to life. Supported by illustrations by the very young Portuguese talent Beatriz Bagulho and with nothing more than a voice, a ukulele and a lute, Aline and Jan present their audience with a simple, honest and moving concert.

Songs with Roots (Liedjes met Wortels) is normally a small concert, but in this concept it was part of the international BIG BANG festivals ‘Nomad project’. It brings children together with professional musicians from another country, so-called ‘Nomad’. In collaboration with the children the musicians make a new performance or play that is supplementary to the original performance. It’s about discovering identities and creativity in others and in yourself.  The Nomad project is a reccuring project within the BIG BANG festival in all participating cities. Normally the project is a live project that takes place during BIG BANG festival. Because of the COVID-measurements it was an online event.

Children from International School Twente (IST) worked in collaboration with Wilminktheater on the Songs with Roots. The children at IST were presented with a list of tasks they could choose from. The tasks were based on the songs ‘Liedjes met Wortels’. The children worked in groups to come up with their own actions or dance to accompany the song. After some time of practice, the children had to perform their chosen song in front of a camera. Wilminktheater provided the iPads for each child to use for recording themselves. All the short videoclips were collected by Laura Slakhorst from Wilminktheater and these were put together into one film. The film was edited by Jan van Outryve en Aline Goffine and was made for the BIG BANG festival 2021 in Enschede. You can check the movie here!

Thanks to Corinne Boswinkel from IST and Laura Slakhorst from Wilminktheater and Muziekcentrum Enschede for their input.